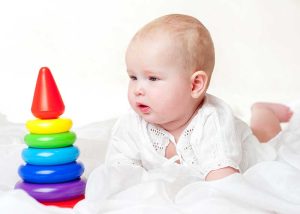 Although colic is not easy to live with, relief (and some much-needed sleep) really does exist through a totally natural approach, available without a prescription!

Colic – Colic symptoms are generally characterized by your infant’s constant crying that leaves you feeling helpless, frustrated, irritable, and exhausted. Colic is responsible for many sleepless nights and long days; you feel as though you are at your wit’s end as you try just about anything and everything to soothe and find some relief for your upset infant. You may have been told that you just have to live with colic; eventually it will go away. Maybe those that tell you that have never experienced the everyday helplessness, hopelessness and fatigue that comes from dealing with a infant colic.

What would you do if you found out that an all natural approach to colic does exist, a cure for colic that doesn’t promise colic relief by prescribing medications – medications with adverse side effects that could be worse than the actual colic itself? Would you try it? Yes, of course you would, because colic is utterly draining, both physically and emotionally, and who wants to continue to endure it when a natural solution for colic relief already exists?

All babies cry, after all that is how they communicate their needs to their caregivers. Infants with colic, however, cry constantly, often for hours on end, and no amount of holding, soothing, rocking, or walking seems to make any difference at all. What exactly are the symptoms of colic?

Colic often frightens parents and causes them to ask themselves and others, “What could I possibly be doing wrong?” The answer is nothing. The truth is you are not alone, even though it often feels that way. Colic affects nearly 25% of all infants and, one day, your baby will finally experience colic relief, and so will you!

The causes of colic are generally not known. Medical professionals used to believe that colic was the result of a faulty digestive system that caused pain. This pain resulted in the unrelenting crying that is one of the chief symptoms of colic. Others believed it might be an infant formula-related problem.

New research offers the explanation that colic may be the result of a baby’s overly sensitive temperament and an inability to deal with even a normal amount of stimulation in his or her environment, usually because of an immature nervous system. This explanation makes sense when you notice that some infants startle more easily and cry for longer periods of time. They are completely unable to cope with the everyday world around them. As these babies mature, they grow out of this phase and are better able to adapt to their environment.

There are several over-the-counter products that are generally recommended to treat colic, along with prescription medications that may produce harmful side effects, but these are rarely effective and don’t address the likely cause of the colic; they only address colic symptoms.

While there is no magic cure for colic, there is an all-natural alternative that looks at correcting nerve interference in your infant’s nervous system. Once this correction is delivered to your infant, normal nervous system functioning returns that brings colic relief to both your baby and you!

An all natural solution to colic already exists – a solution that can make you and your baby both smile (and sleep) again.

Many parents initially cringe when someone suggests consulting a chiropractor as a solution for their infant’s colic. And the idea may seem foreign, even a bit radical; after all don’t chiropractors “crack backs” as a way to ease pain in a patient’s back and neck? How could a chiropractor possibly help you with relief for your baby’s colic?

Simple. And if the idea of consulting a chiropractor for colic is something totally foreign and even a bit scary to you, it may be in your baby’s best interest for you to learn more.

Chiropractic is the world’s largest and most popular natural health care discipline, explains one Raleigh Chiropractor. Chiropractic care is delivered by highly educated professionals who are licensed in the state(s) in which they practice and are recognized health care providers by the federal government and most insurance companies. And…chiropractors have an extremely gentle touch when caring for your infant with colic.

Chiropractic can be helpful to babies with colic because:

When you consult one of our sponsors on ChooseNatural.com, you can be assured of one thing – that you will meet a caring professional who cares about your situation and asks great questions. A doctor who listens intently and takes the time to fully understand your present situation, your through-the-roof stress level, and the fact that it’s easy to love your infant while dreaming about throwing him or her from the upstairs window!

A chiropractor will determine whether your baby is a good candidate for chiropractic care after he or she conducts a thorough examination. The sponsoring chiropractor will share the results of this examination with you and recommend a plan of action designed ultimately to resolve your infant’s colic.

Parents of Infants with Colic – Don’t Give Up – Take Action

What parents of colicky babies say about the colic relief their infants have received from today’s gentle chiropractic care.

Obviously, those of us who sponsor this public information site can’t guarantee any results. However, we have an extremely high success rate with infant colic and parents and caregivers alike are often thrilled to find a solution that provides a permanent cure for their baby’s colic. In fact, it’s the successful safe and natural results that chiropractic patients continue to experience that allow chiropractic to thrive outside the mainstream medical model.

Try natural first. We know you’re at your wit’s end, so pick up the phone and call one of the sponsoring chiropractors near your home or office today.

Take the action you need to get the sleep and relief from colic that you truly need. Choose a natural solution for your infant’s colic that attacks colic at its source and doesn’t just try to relieve its symptoms.

Before You Give Your Infant Colic Medications…

Unlike over-the-counter and prescription medications, today’s chiropractic enjoys an enviable safety record. Here are the most frequently-prescribed colic medications and a list of possible unwanted effects:

Font Resize
Contrast
Accessibility by WAH
Call Us Text Us